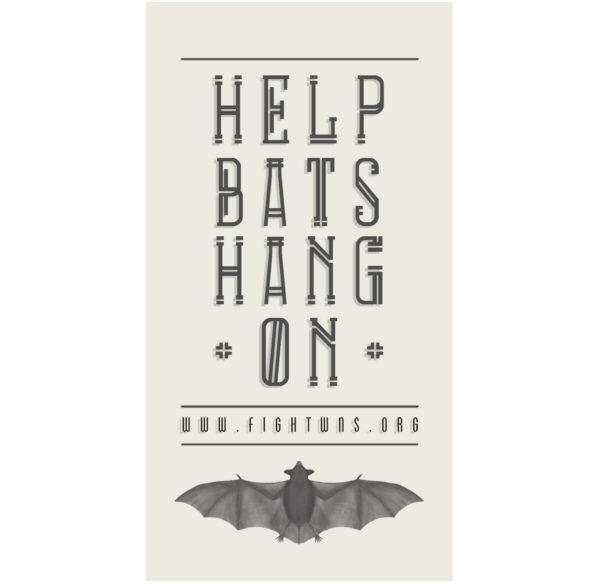 Our campaign’s tagline.
Prior to white-nose syndrome, North America’s bat populations were increasing at an average of 8 percent per year. “WNS has reversed this trend and altered the composition of bat communities” (Langwig et al. 2012). Fourteen populations of northern long-eared myotis became locally extinct within two years of WNS detections and zero populations remained after five years. The little brown myotis, once the most common hibernating bat throughout the northeast, has incurred an average of 91 percent mortality.

There are no reviews yet.